In 2008, the departments of history, philosophy and religious studies joined together to create the School of Historical, Philosophical and Religious Studies (SHPRS), an academic unit of the College of Liberal Arts and Sciences.

As the largest humanities-based trans-disciplinary research and teaching school at ASU, SHPRS produces innovative and distinguished research on subjects such as morality, rationality and ethics; race, citizenship and immigration; and the role of religion in public life. Faculty educate thousands of students every year and share knowledge with millions of people beyond the university through accessible media. The school enables students and the public to make sense of complex issues that are of critical importance to Arizona, the United States and the world.

Under the leadership of Richard Amesbury the current director of the school, SHPRS continues to advance the university’s goals of excellence, access and impact. 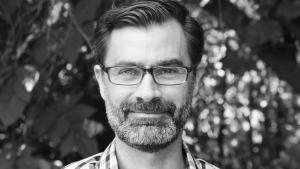 Amesbury is a professor of religious studies and philosopher. He joins ASU from Clemson University where he was the chair of the department of philosophy and religion. Prior to his time at Clemson, he was Professor of Ethics at the University of Zurich, Switzerland, where he also directed the Institute for Social Ethics. He received his doctorate in religion from Claremont Graduate University, a diploma in theology from Oxford University and his artium baccalaureus with a concentration in government from Harvard University.

His research focuses on the intersection of ethics, philosophy of religion and political theory.

“SHPRS comprises faculty, students and degree programs in multiple fields – history, philosophy, religious studies, Asia studies, Jewish studies – but it is greater than the sum of its parts. Through their mutual engagement around questions of shared interest, each discipline enriches and is enriched by the others. Philosophy, we believe, is better when it is informed by history, and religious studies benefits, in turn, from the contributions of philosophers and historians. What arises out of this engagement is a vibrant culture of inquiry and public scholarship that crosses borders and advances the frontiers of human knowledge in service to society.”